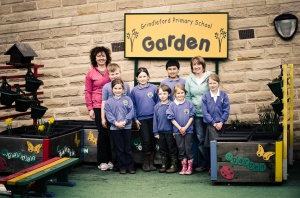 The green-fingered members of gardening club were busy this afternoon after school.  As the weather has improved, so the plants have responded with some nice growth – both the ones they wanted to grow and also the weeds that have sprung up due to the warmer temperatures.  After the de-weeding, watering, potato-checking and general tidying up, they got on with some fresh planting too.  To complement the herbs already growing, oregano and flat-leaved parsley have been sown and the meals in school will hopefully benefit from the cucumbers and salad leaves also started off today.

With it being such an important and highly rewarding activity, it is great to see so many working hard and taking pride in their toiling and tilling.  Many thanks to Mrs Bacon and Mrs Flint who offer their time to run the club each week.