Exciting Sport Relief Challenge–are YOU up for it?

What an exciting start to the day!  For assembly this morning we were joined by a very interesting and amazingly talented man called Andy Mouncey  (Some of you may have admired his ‘Big and Scary’ car in the car park).  Well….the Challenge Andy left us with this morning is indeed very ‘big’ and quite ‘scary’!

Andy is a very accomplished athlete who talked to the children about his love of running, swimming and cycling and how this has led to some incredible achievements.  Andy talked about competing in triathlons and indeed showed a film of him taking part in the Enduroman Arch to Arc race.  This legendary event features an 87-mile run from Marble Arch in London to Dover, followed by a 21-mile Channel swim and a 180-mile bike ride to the Arc de Triomphe in Paris.  Since the event’s inception in 2001, only nine people have completed the challenge – Andy was the second person to do so in 2003. 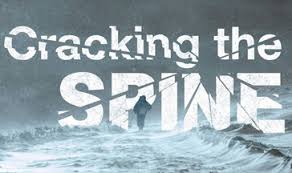 Next, Andy talked to us about his newest challenge – The Spine Race.  This race is a 268 mile, non-stop, winter mountain marathon encompassing the entire Pennine Way. It is widely recognised as a truly brutal race following the Pennine Way as it crosses some of the most beautiful, difficult and challenging terrain found in England, including; the Peak District, Cheviots, Yorkshire Dales and Northumberland National Park – finishing on the Scottish Borders.  As the race begins on January 11th, Andy will face the most extreme weather conditions England has to offer; deep snow, ice, gale force winds and rain.  But on top of this his own body could become his worst enemy with tiredness, fatigue, sleep deprivation and exposure playing havoc with his performance. To finish he must be prepared and willing to push himself harder than ever before.

At this point Andy asked us if we were up for a challenge – I, for one, was quite scared at this point!  So are we?  The children said “YES”!

Our challenge is to run, either as individuals or as a school, the same amount of 268 miles – and get sponsored for it, so we can raise lots of money for Sport Relief.  These miles can be added to by runs completed in school or by runs completed at home.  The last mile will, hopefully, be completed at Hope Valley College on Sport Relief Day.  Andy has approached lots of schools along the route to see if they want to take part, so we could be part of a massive fundraising effort.

We will be starting our first ‘school’ run after Christmas but if you want to make a start over the holidays, Mr Petts (under School Council’s instruction) is currently working on developing a page to record your mileage to our collective total on this website.  Until that is live, please feel free to keep a diary or paper copy of your own miles which can be added later.

Apparently it was also a good idea (thank you Mrs Bacon!) for us to start a ‘Running Club’ to try to generate some more miles for our grand total.  This will also begin after Christmas, so more information will be sent out later.

Exciting times ahead!  Get running everyone!

Posted on December 6, 2013, in General Information. Bookmark the permalink. 1 Comment.